and the Regina Philharmonic Chorus.

Our annual Silent Auction will be held in in Knox-Met’s Lower Hall. 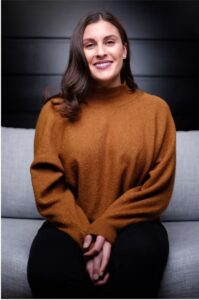 Born and raised in Regina, Saskatchewan, soprano Emma Johnson obtained her Master of Music from the University of Manitoba under the tutelage of Monica Huisman. A featured performer with Saskatoon Opera, the Winnipeg Symphony Orchestra, Thunder Bay Symphony Orchestra, and Regina Philharmonic Chorus, Emma has established herself as a versatile performer in opera, oratorio, and art song repertoire.

Emma has been the recipient of numerous awards, including the Rosebowl and Audrey Belyea Trophies (Winnipeg Music Festival), the Boyle Memorial Gold Award (Saskatchewan Provincial Music Festival), the Manitoba Graduate Scholarship (University of Manitoba), and the University of Manitoba’s gold medal for academic achievement. In 2019, Emma had the privilege of representing Saskatchewan at the National Music Festival of Canada where she received first place in voice, followed by the Grand Award. Emma was recognized for her achievements in the Canadian Broadcasting Corporation’s 2020 30 Hot Classical Musicians Under 30 list, and looks forward to pursuing future performance opportunities postponed in light of the pandemic. Having made her debut with the Regina Philharmonic Chorus in 2016, Emma is thrilled to return as a featured soloist for the 2022 season’s With Joyful Hearts.

In addition to her graduate degree, Emma holds a Bachelor of Voice Performance from the University of Toronto where she studied under Mary Morrison O.C., and Elizabeth McDonald.